So, tier 4 has hit my area. As we're not allowed out and everyone else in the house is occupied, I finally have time to try the solo rules for GW's Rogue Trader game from back in the day. 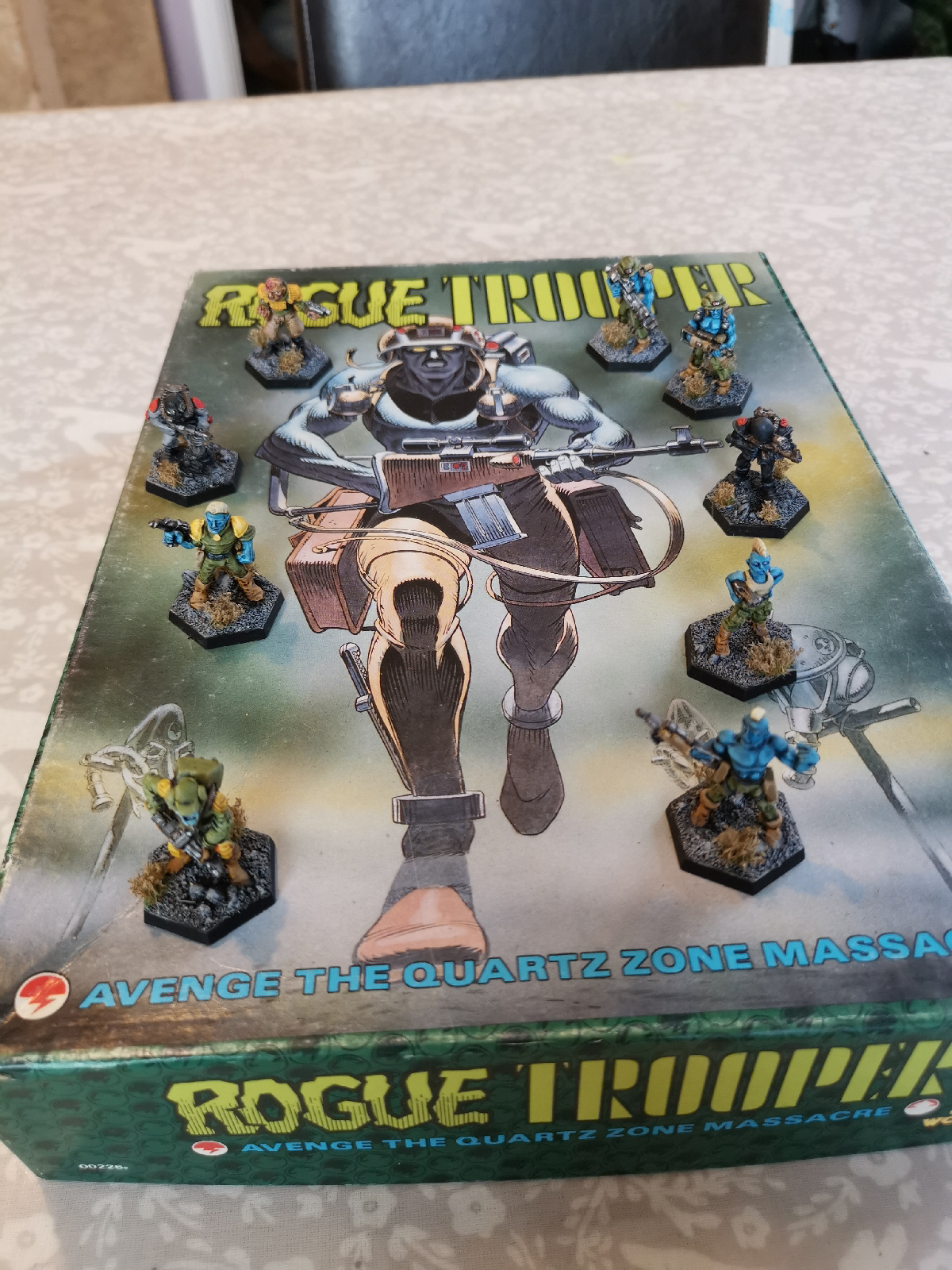 Of course it's nice to be able to play with the classic minis as well.
Having lost the White Dwarf the they were published in, I used my Google-fu to find a copy of the solo rules (now printed and laminated for safe keeping). 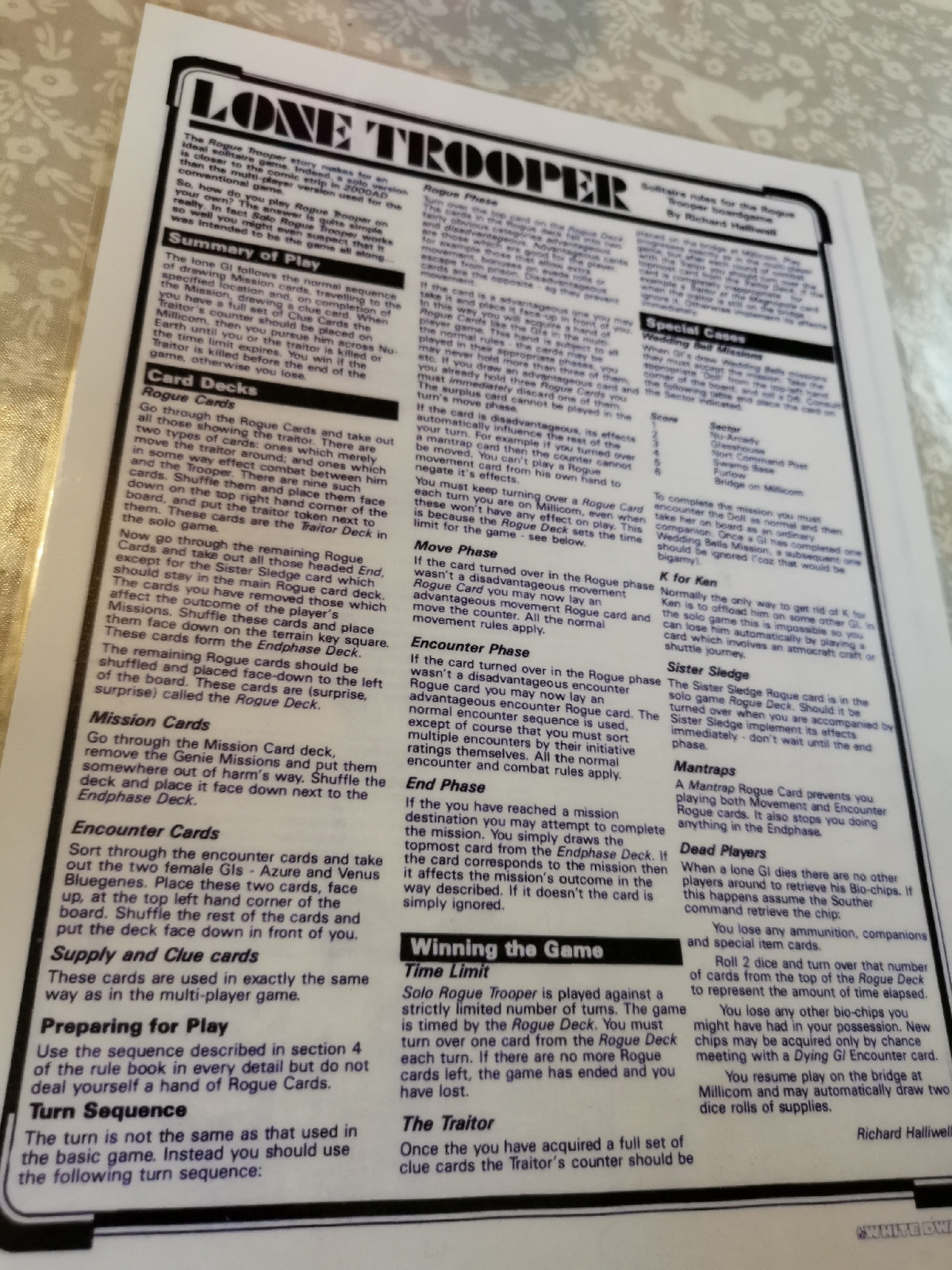 The game play is quite simple and events in the game link back to the original comic.
For instance, I got attacked by Major Magnum. 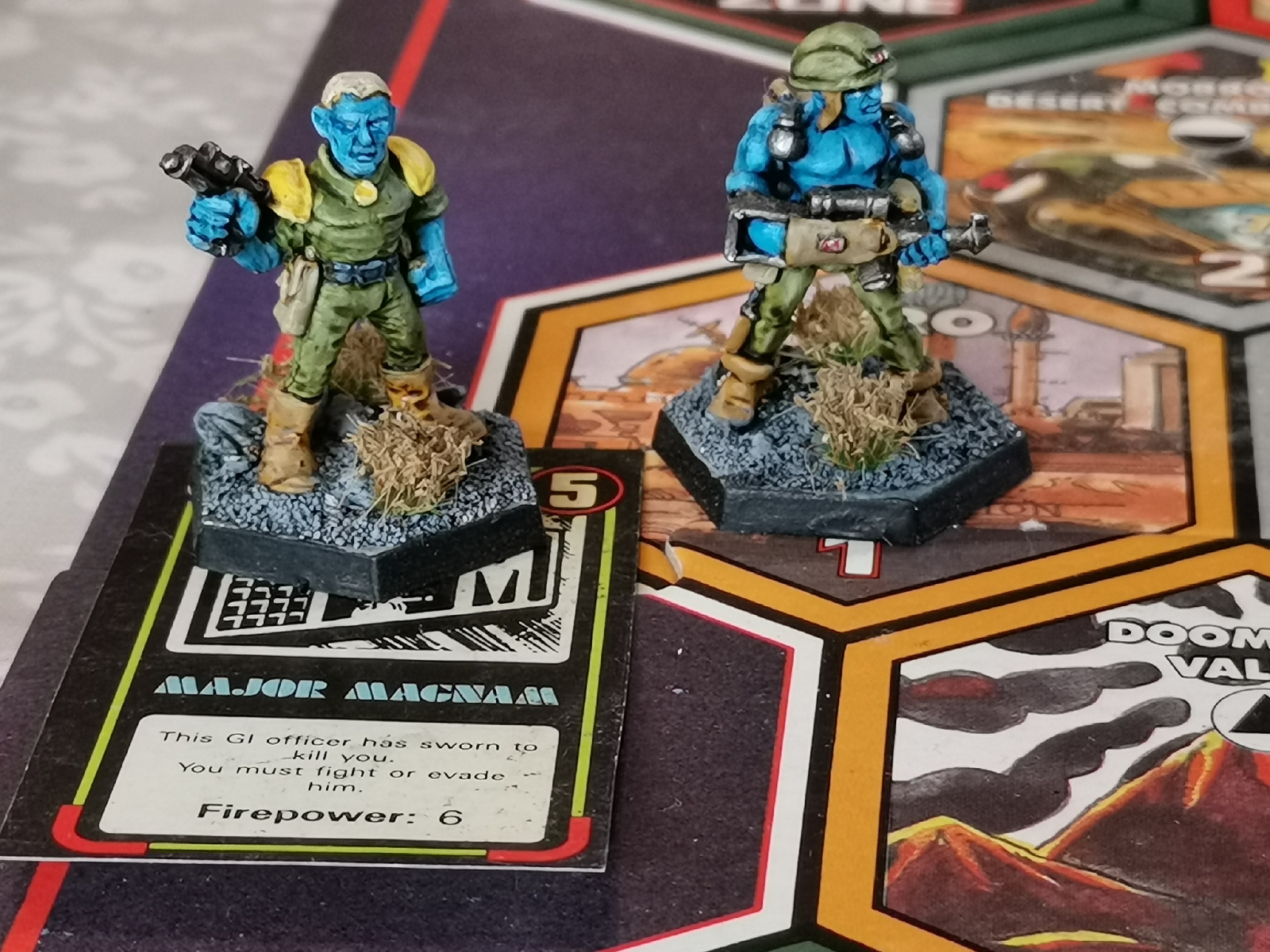 And then a turn later, shot at by Sniper Morgan! 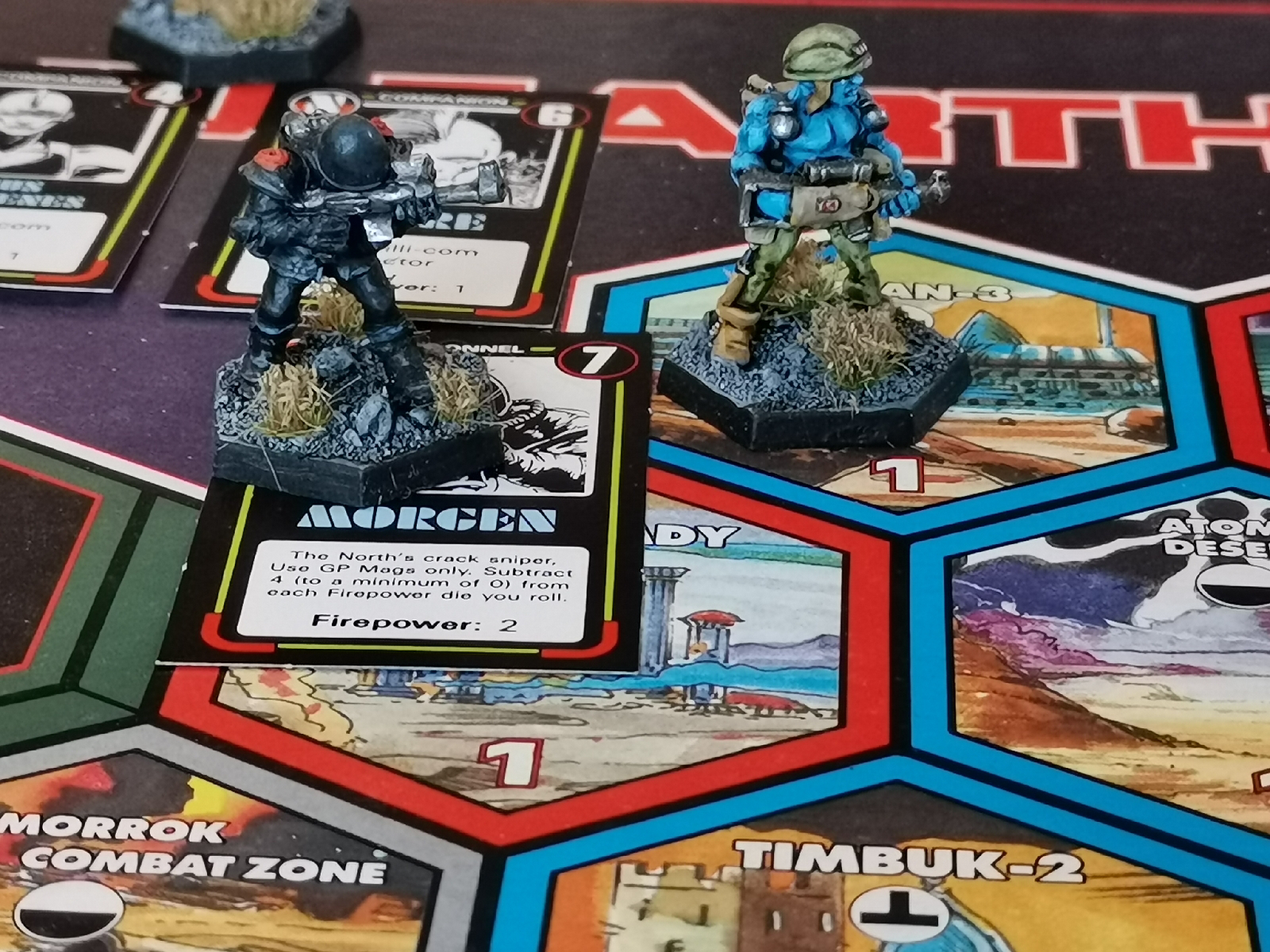 I even got to use the Souther model, not originally released with the Rogue Trooper range, as a deserter companion. 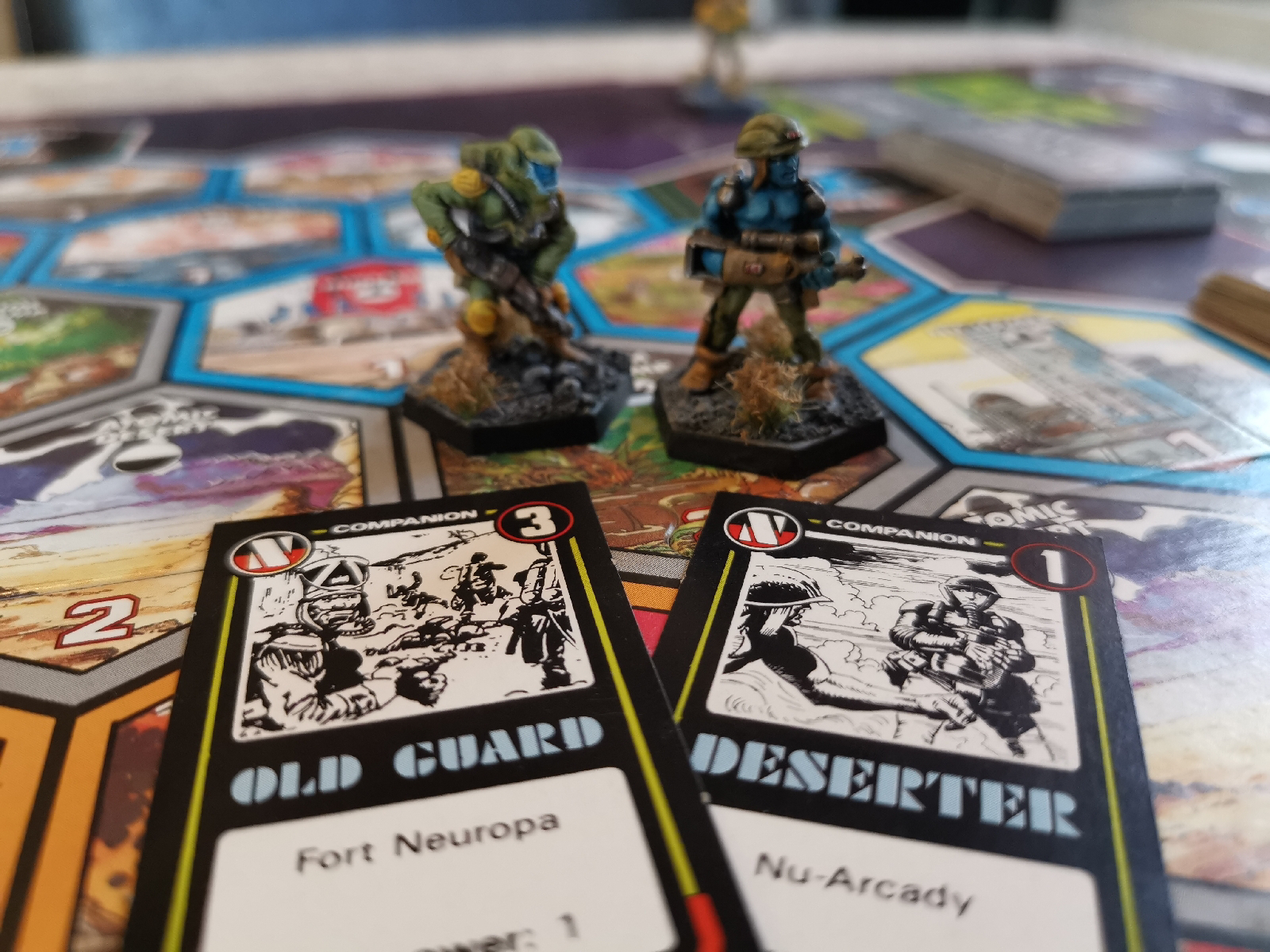 In the solo game, your time is limited by the number of Rogue cards; one being drawn every turn. I managed to find the Traitor General with fewer than 10 turns left in the game. 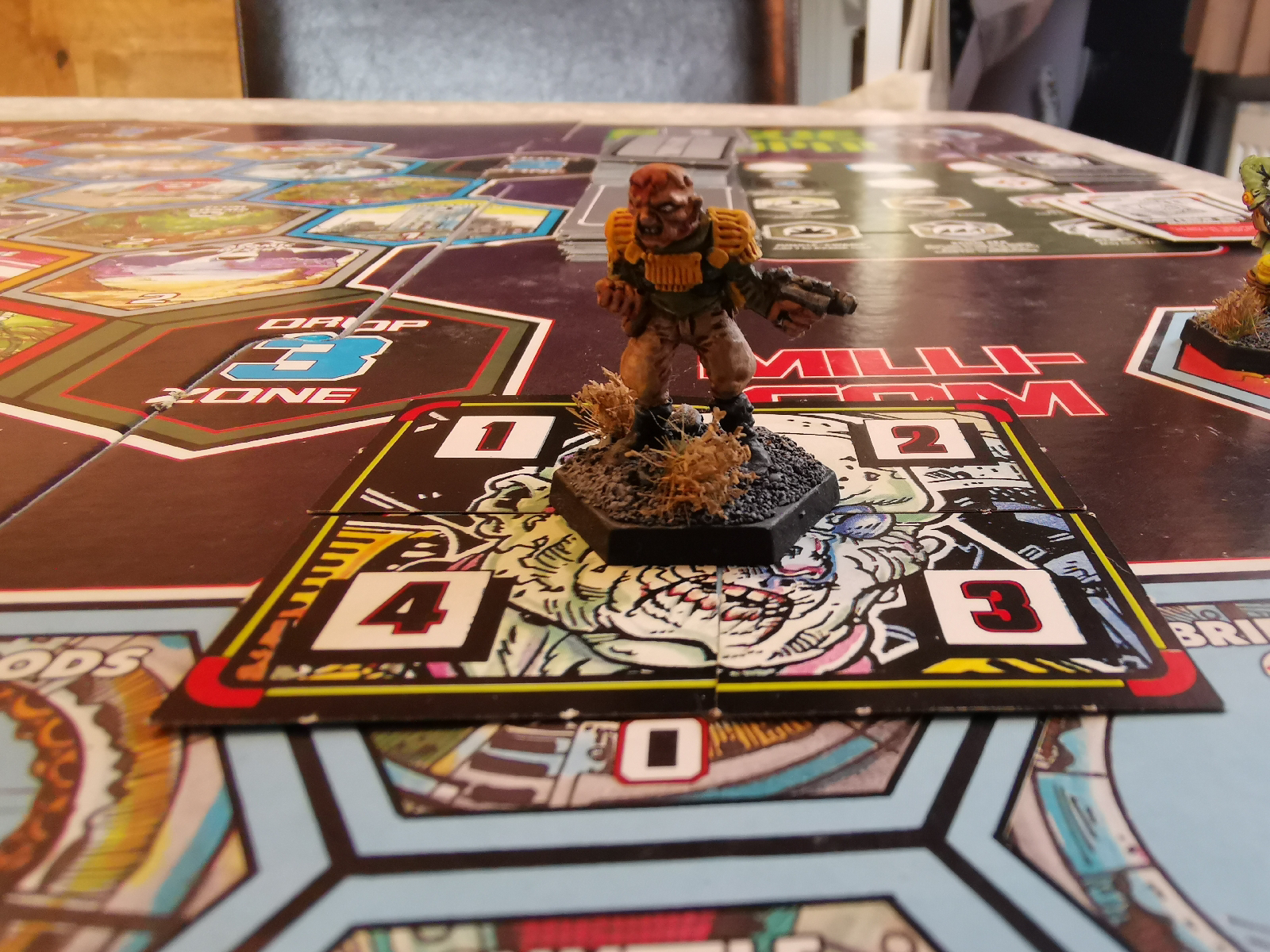 And then he escape from Millicom after the second round of combat! 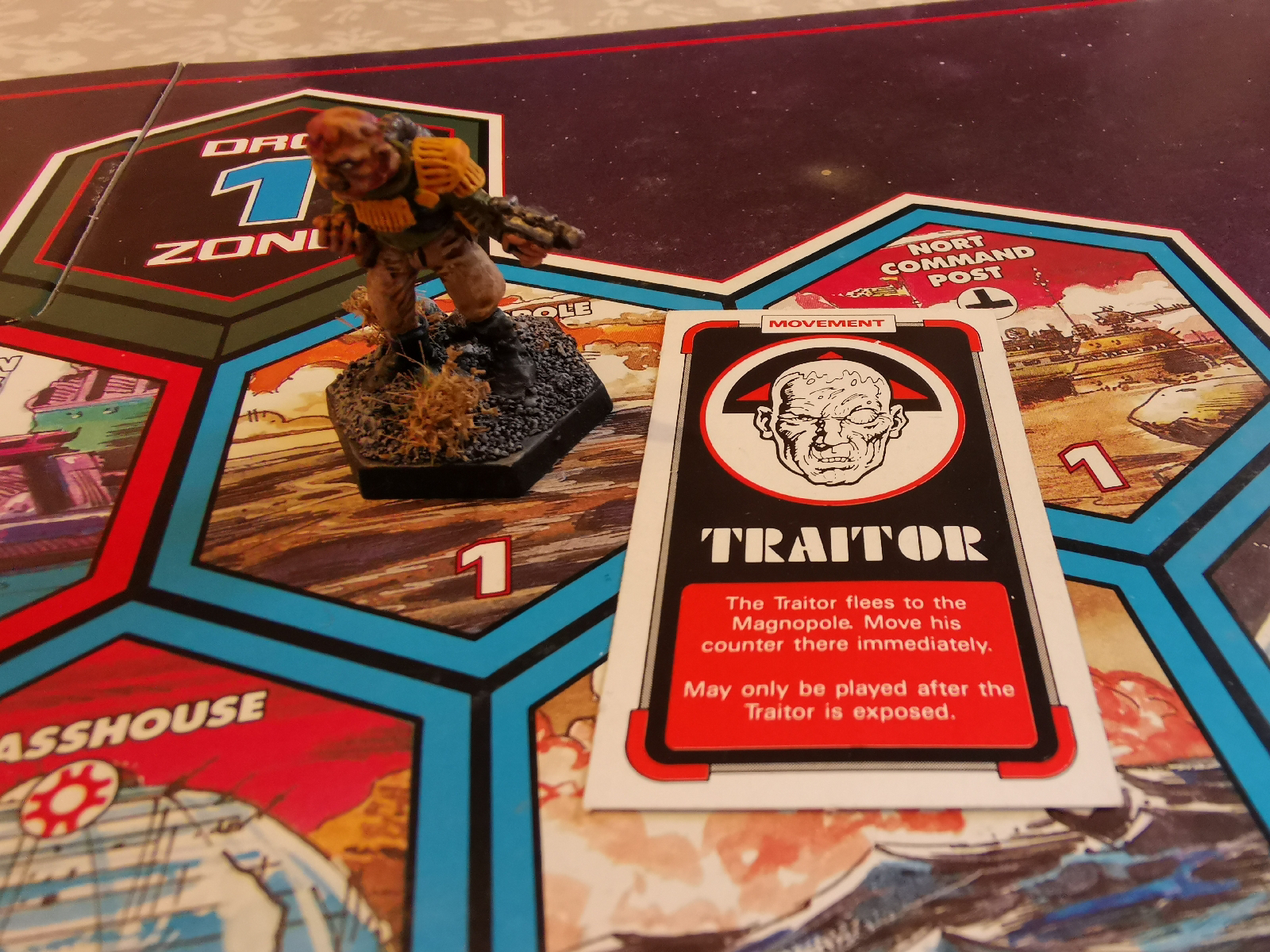 I managed to catch up with him, hiding behind fortifications. 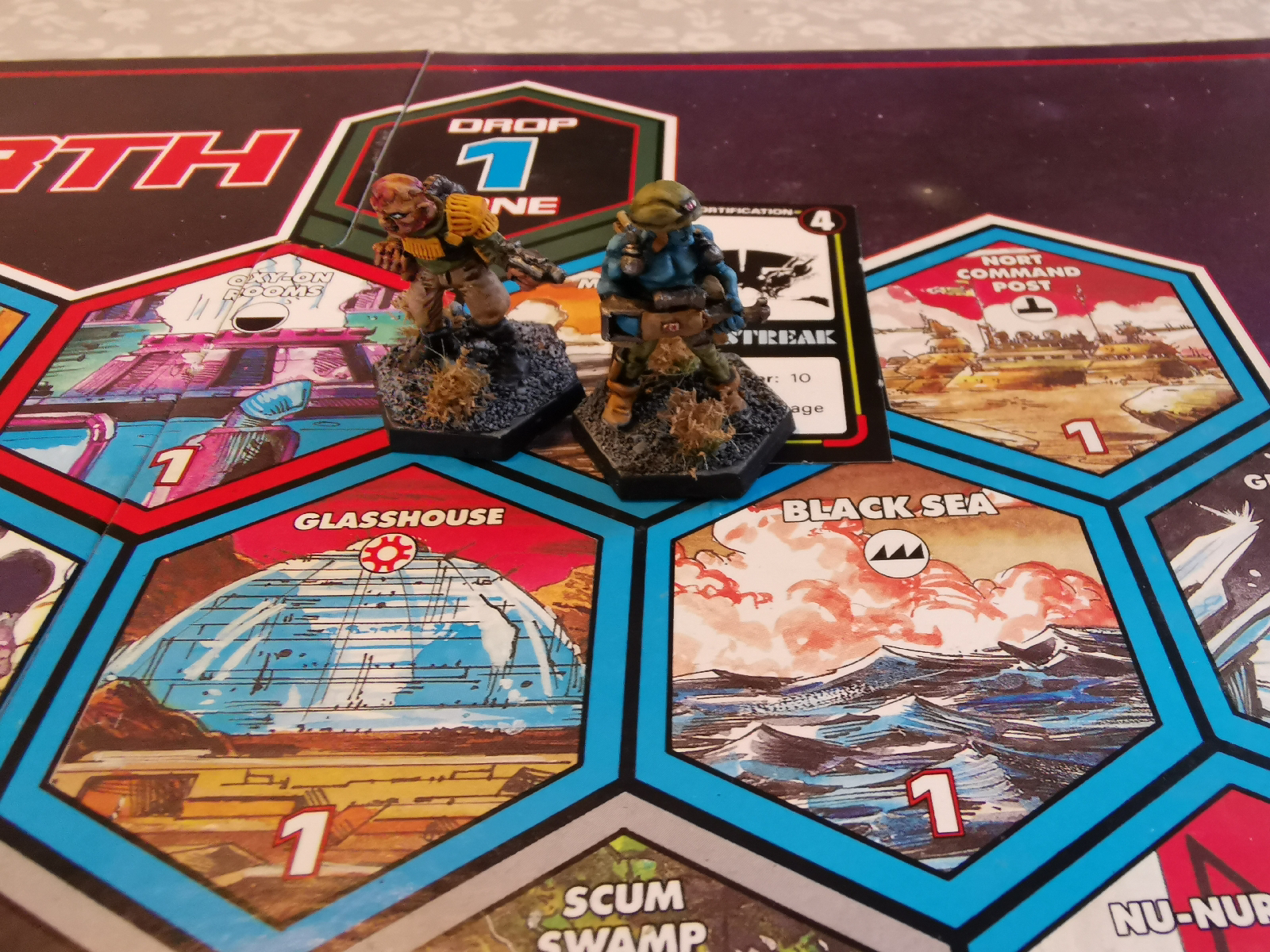 But alas, time was against me. With one turn left, I had run out of ammunition. 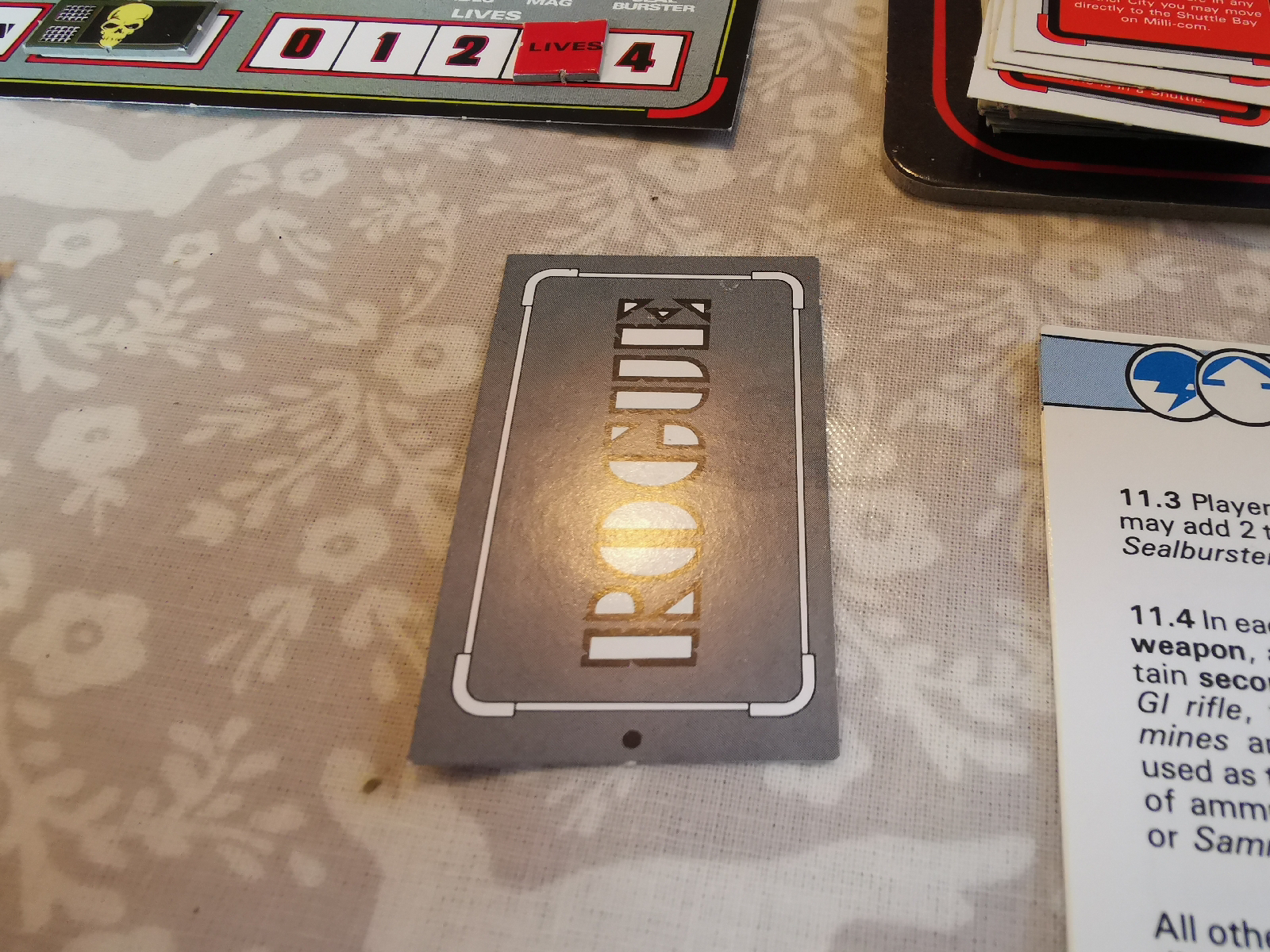 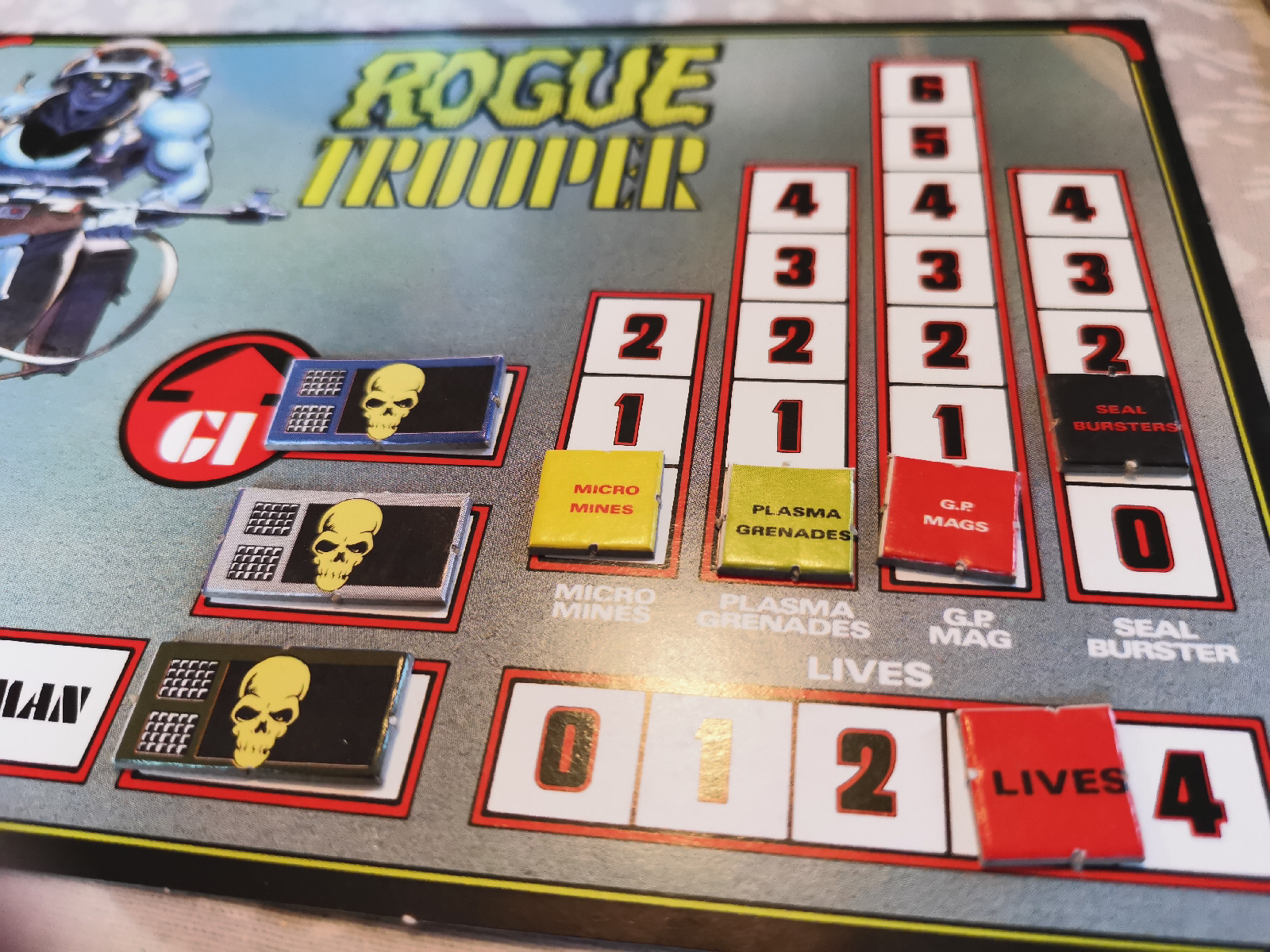 And so Rogue failed this time and the Traitor General escaped.
However, a game that takes about an hour and a half going down to the last possible turn is a good game for me.
I aim to have another go at it in the next few days.

Continuing my rampage through the Official Realm of Chaos Champions of Nurgle, here's the fly headed mutant from the range. 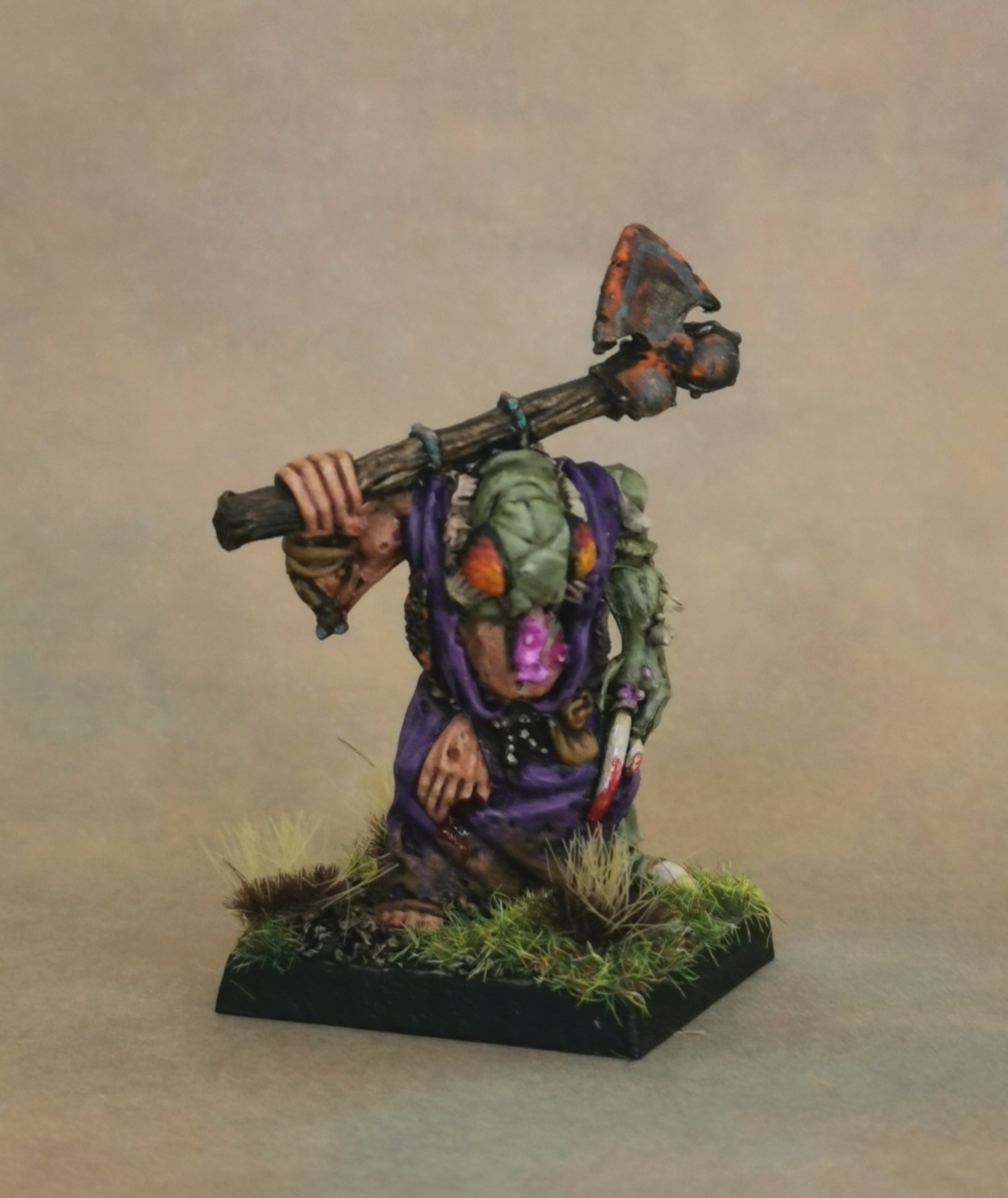  I've made good progress through the group, with only one out of the 11 left to go (and I've already got a painted conversion of him in the lineup).
The top of my printer now looks like this:

One more of the official Nurgle Champs and then two of the generic champions from the same range and my unit is done.
Cheers for look.
Posted by antipixi at 14:59 No comments:

Gifted with Technology - another Nurgle Champion

Trying to keep the momentum going, I found a couple of hours this afternoon to paint another Champion of Nurgle. 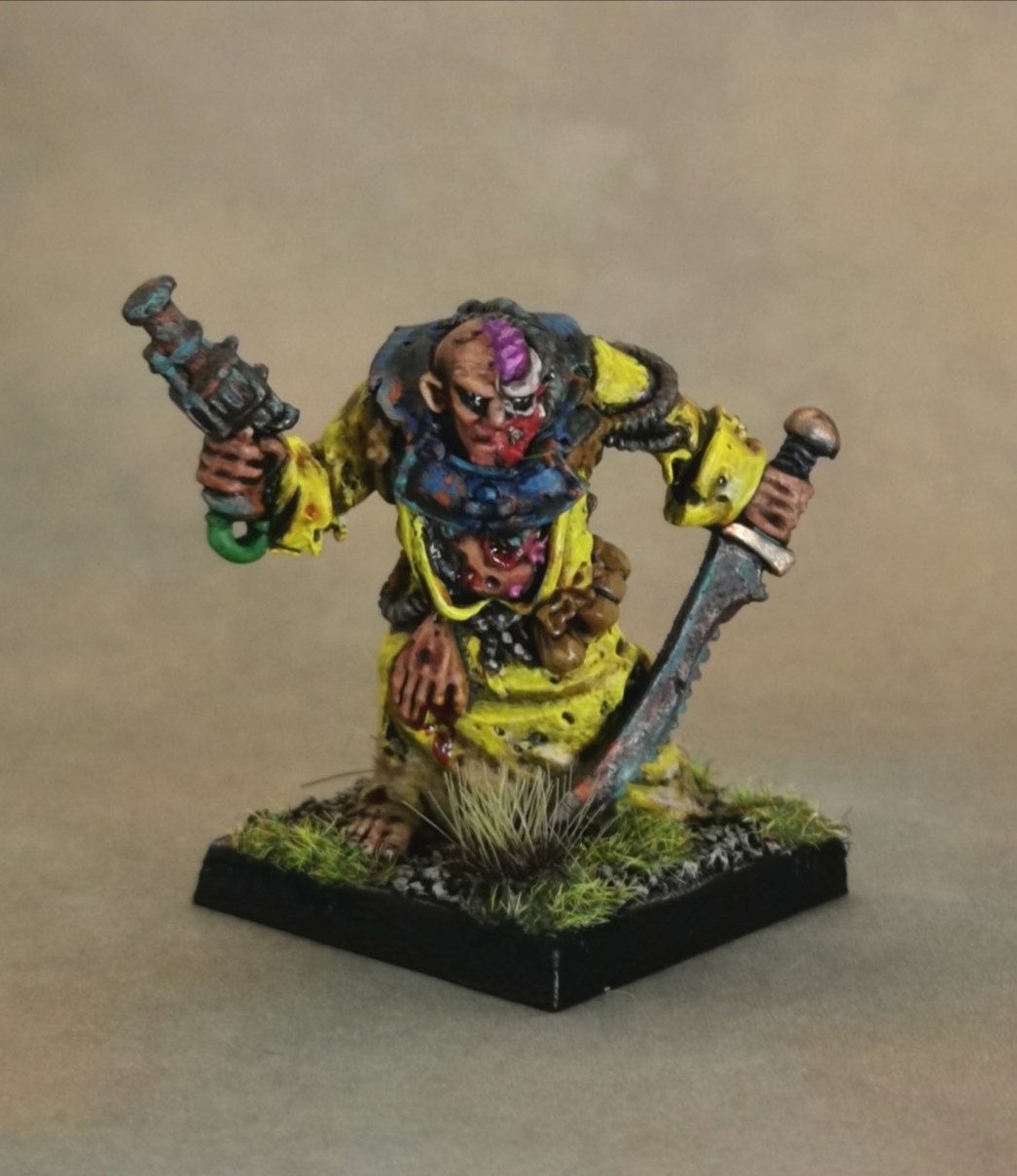 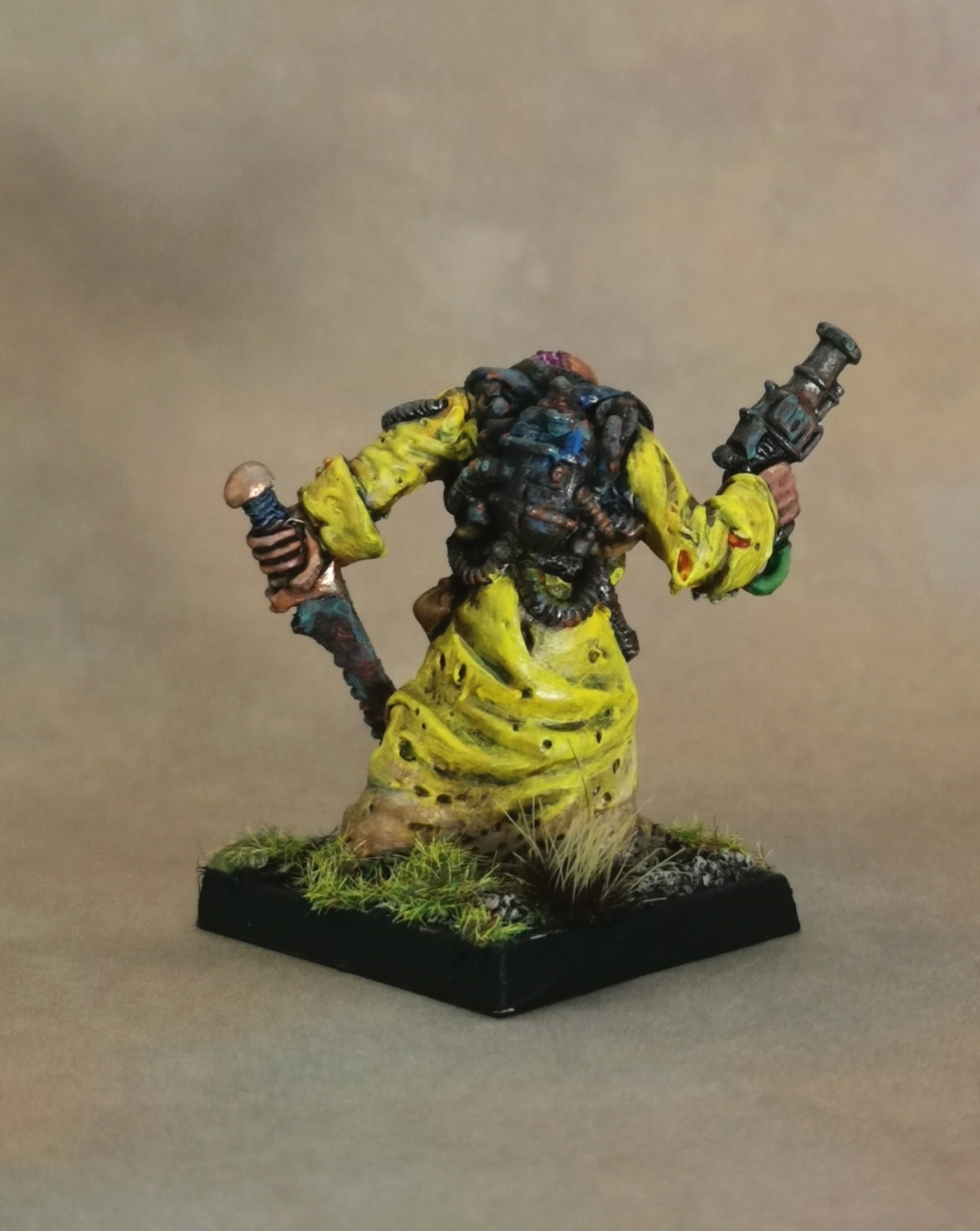 He is the first of three that I'll be doing based on the same pose.
Only four left to do to complete a unit of 14 Champions.
Posted by antipixi at 19:45 2 comments:

Papa gets a new recruit

This lockdown is proving good for productivity. Managed to add another Champion to my Nurgle unit. 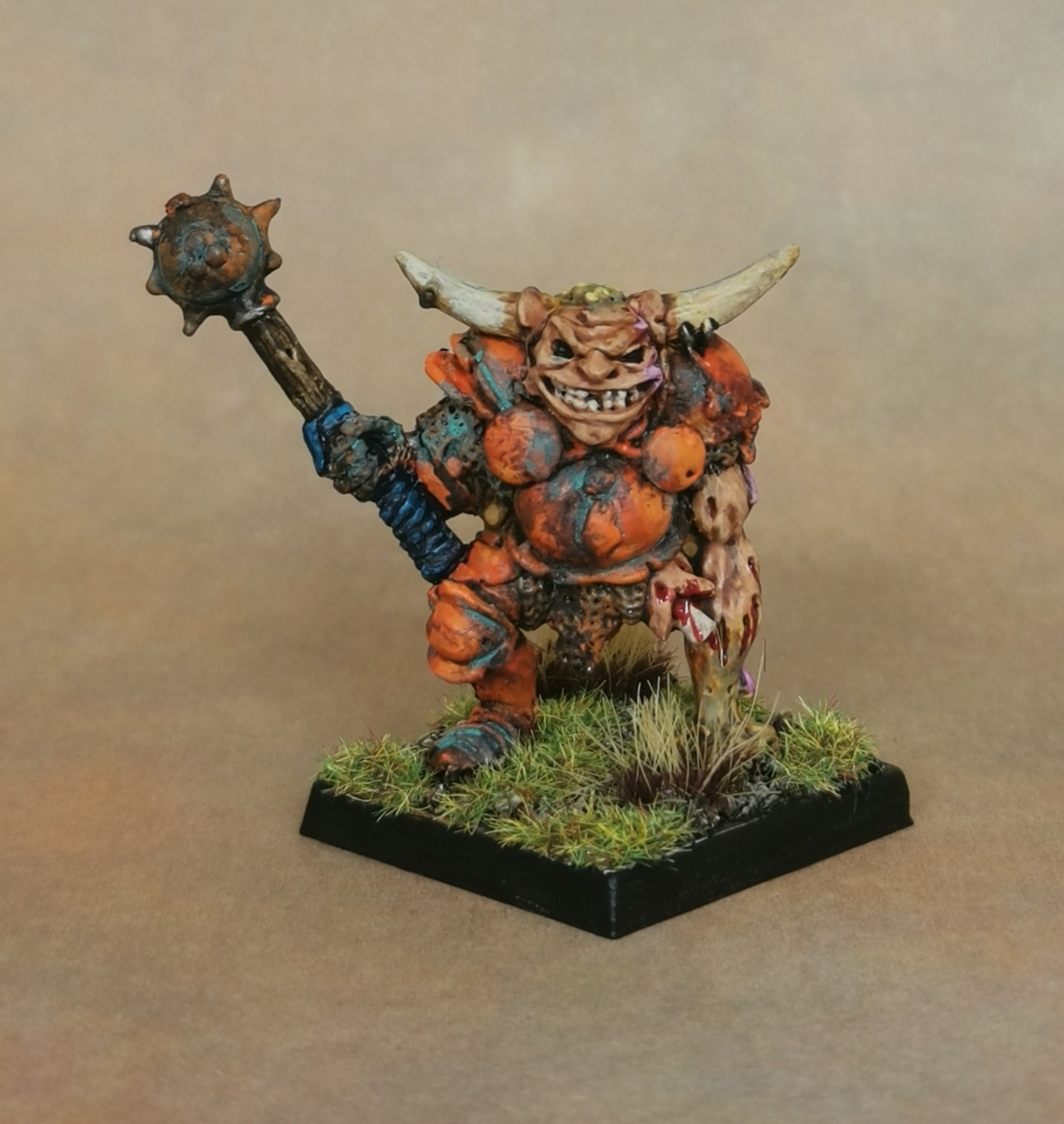 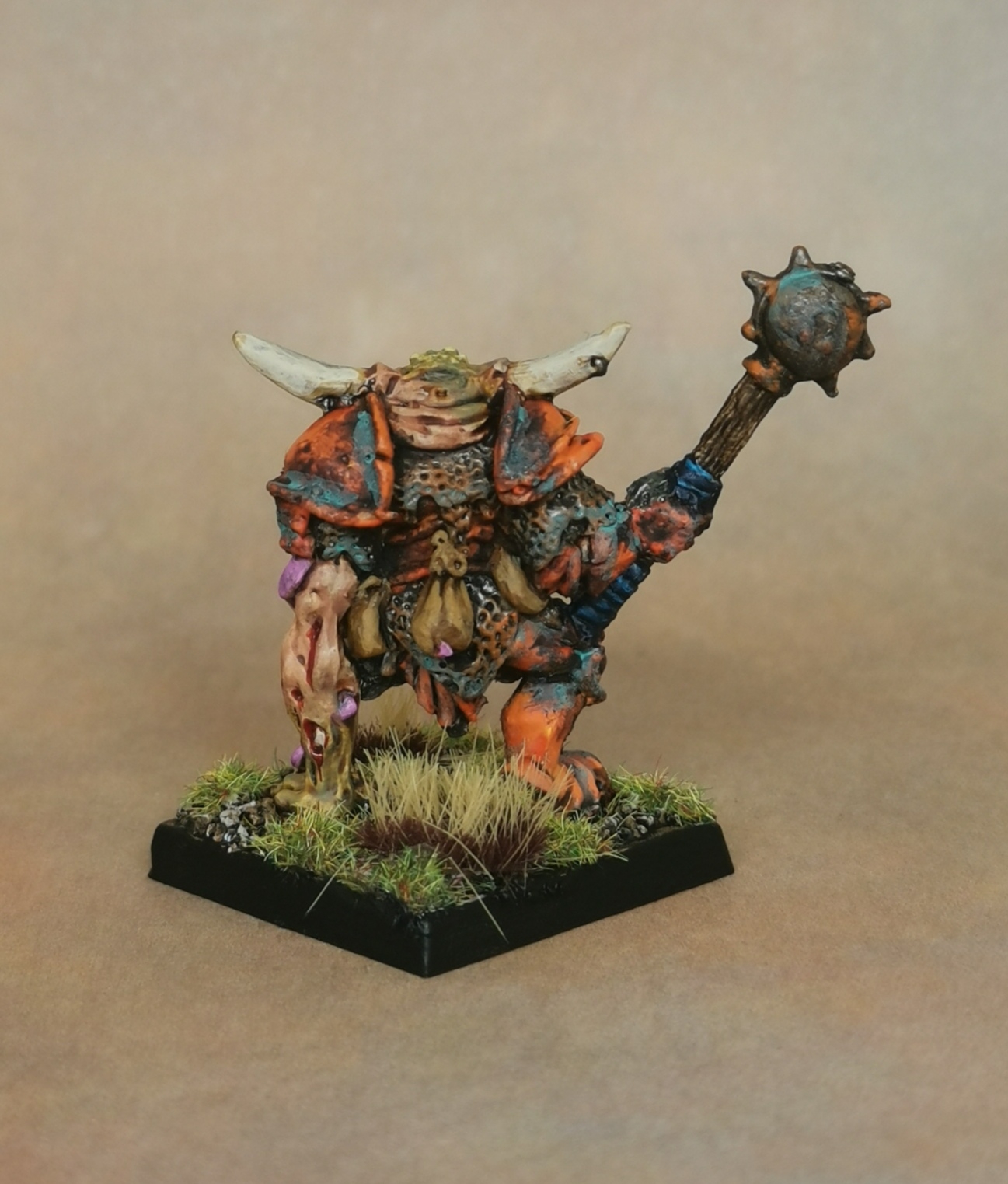 The unit is up to nine, so I need another 5 to keep it in line with Nurgle's sacred number. 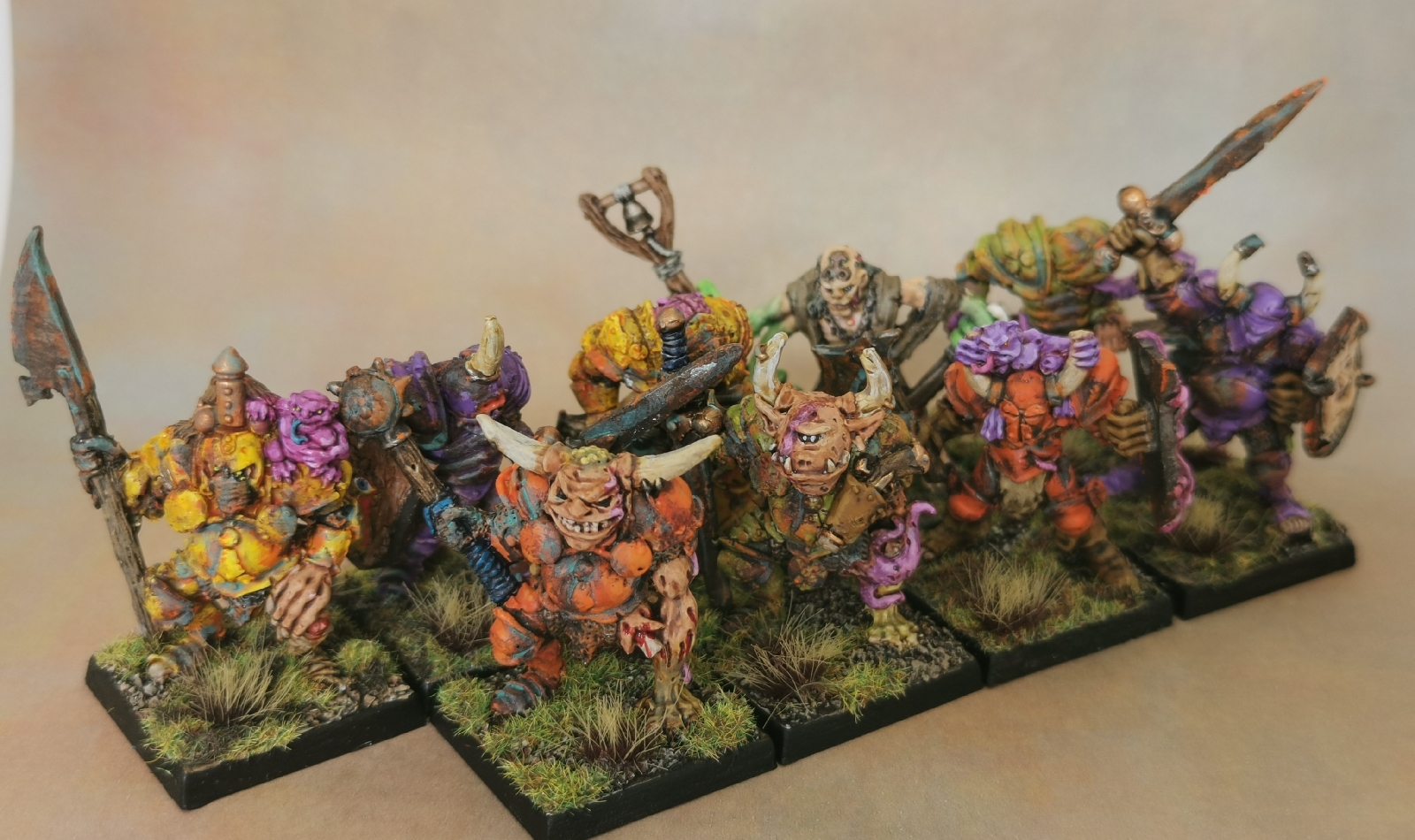 As an ongoing (more than 3 decades, owing to my attention span of a gnat) I am painting a Realm of Chaos Nurgle force. Today it grew by two members. 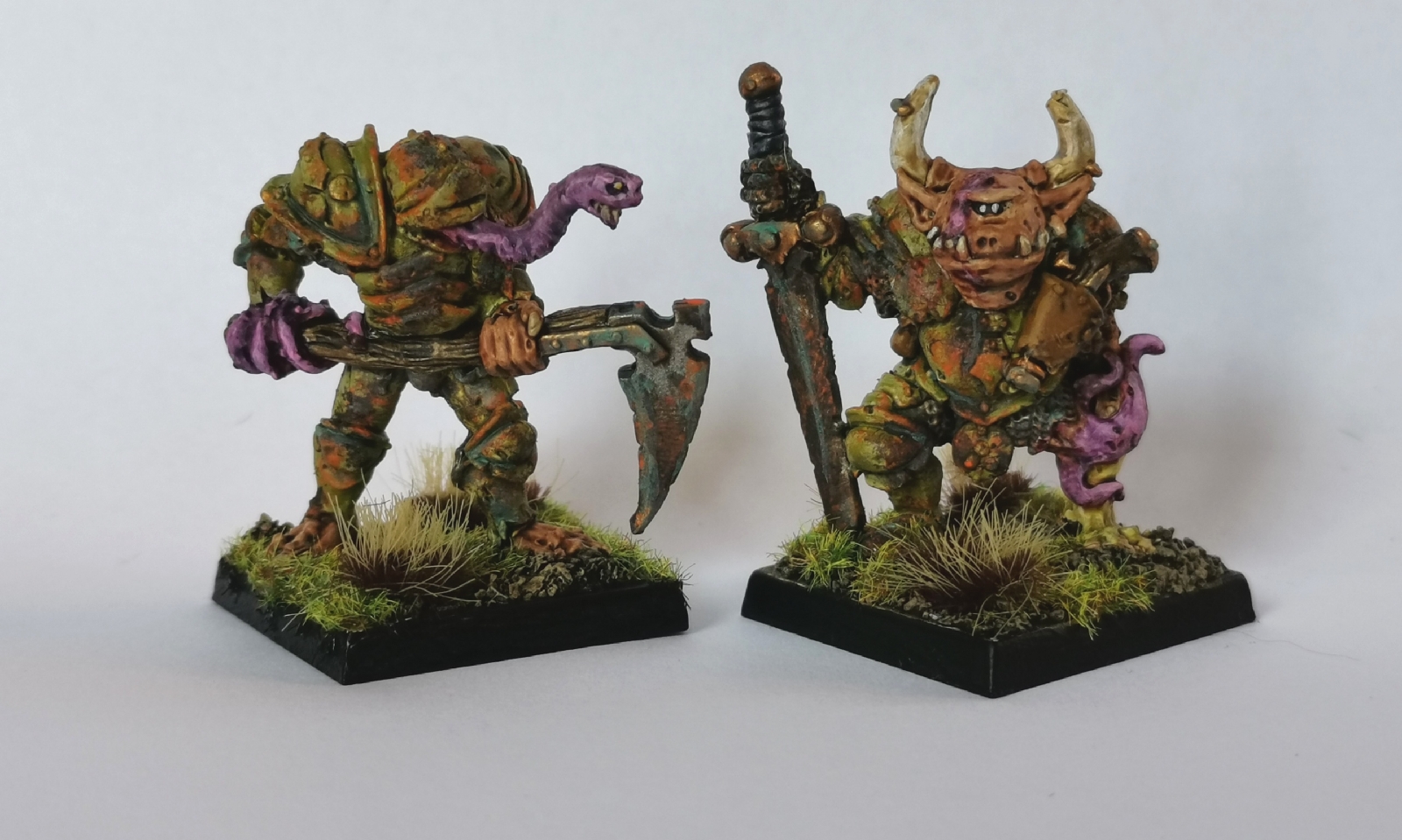 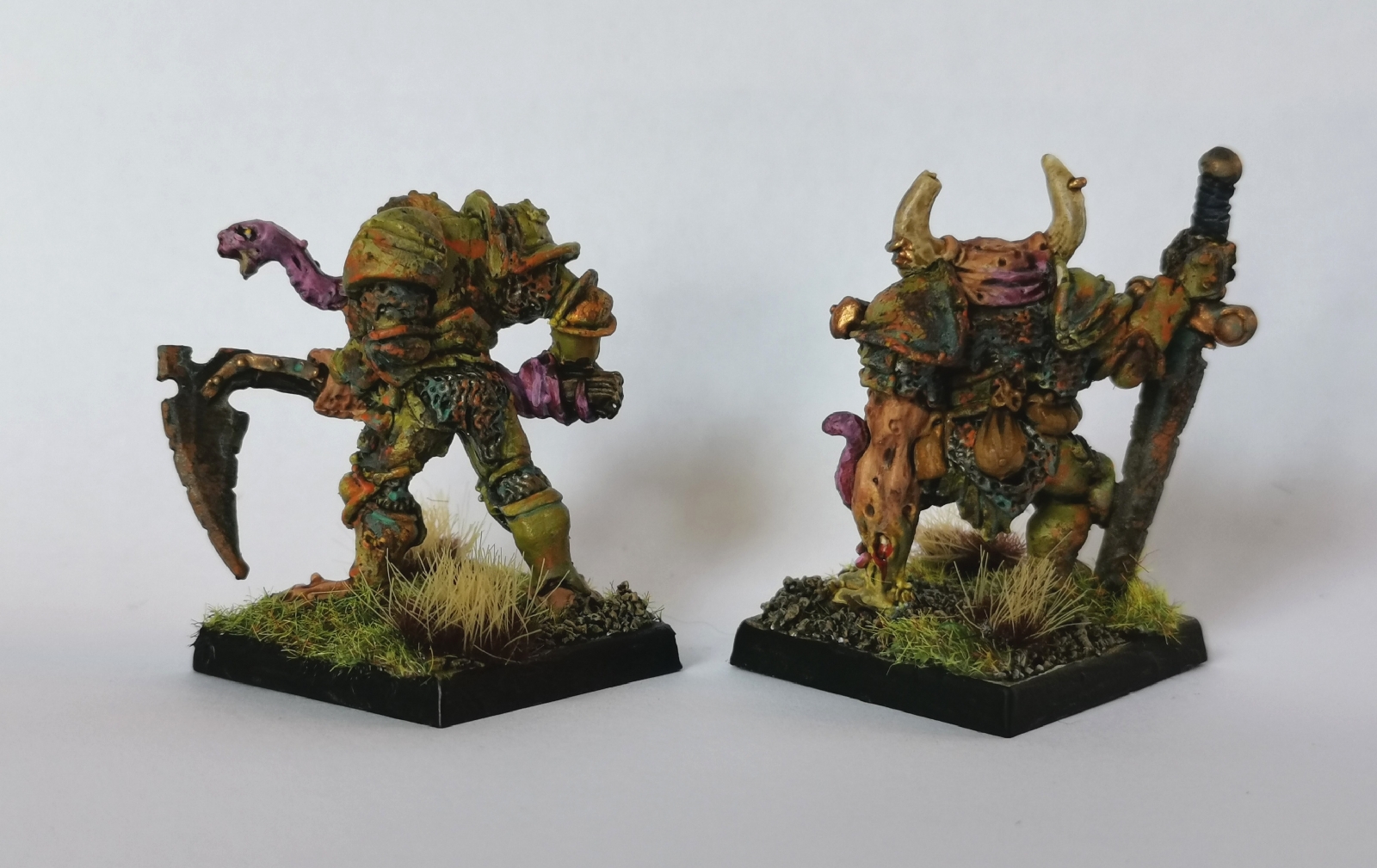 Comments and critisms welcome.
Posted by antipixi at 16:21 1 comment:

A member of the newly formed Oldhammer group, suggested a challenge. To trawl through ebay listing and find a guilty pleasure to paint. We'll, I did and here he is: 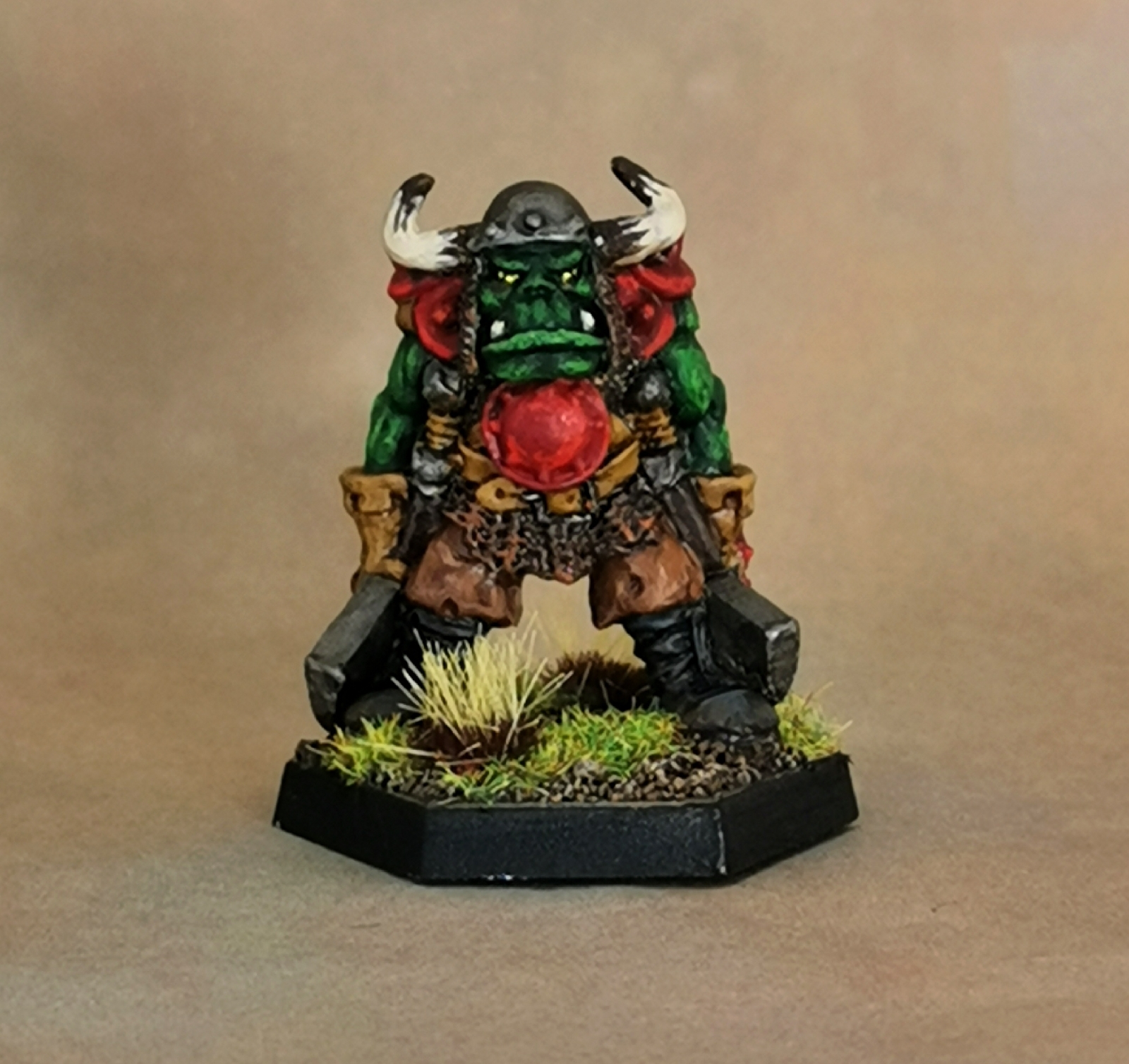 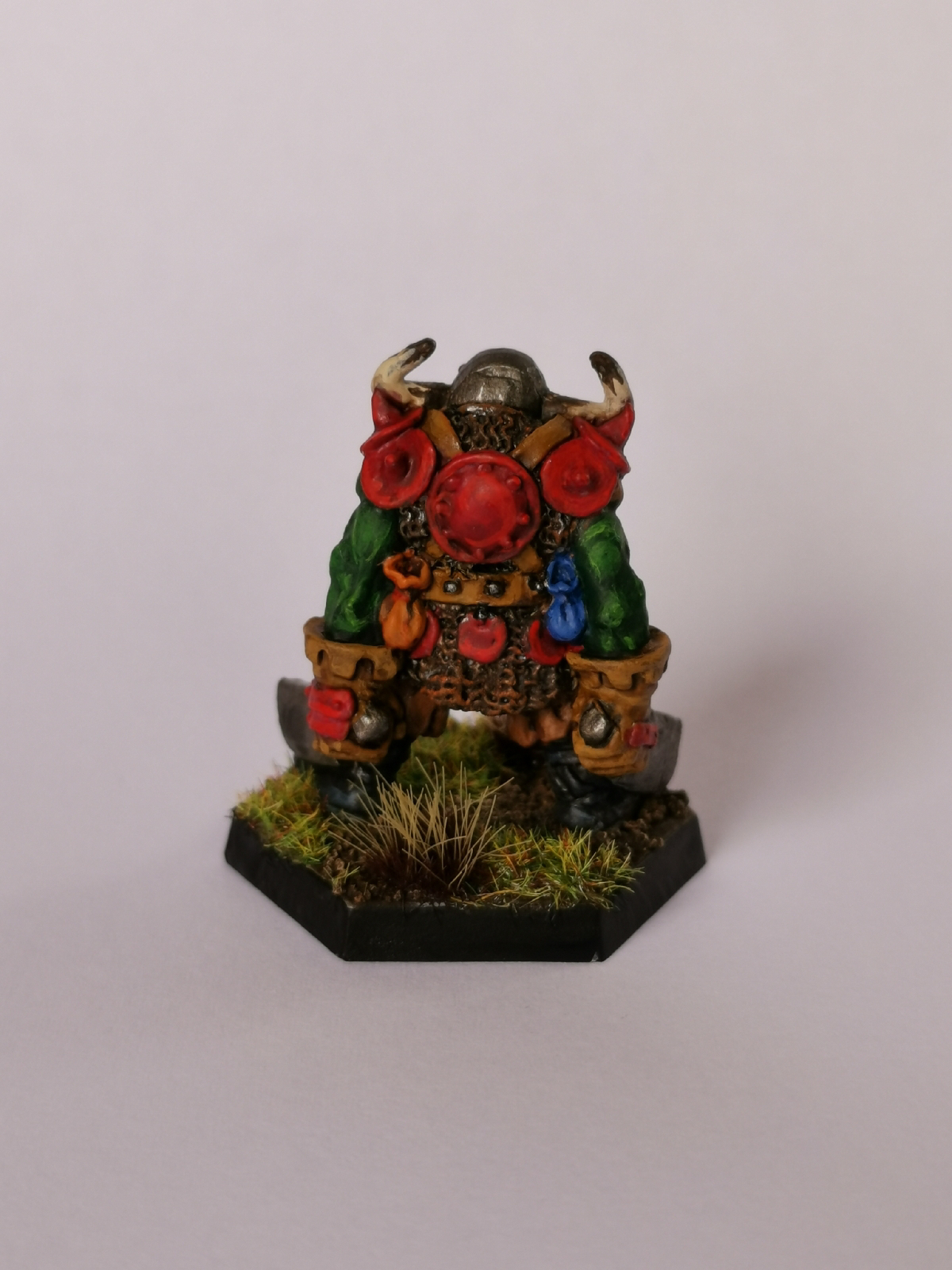 I have loved this particular model since its release and this challenge finally gave me the push to buy and paint a copy.
He's come out a darker tone than I originally intended, but that's one of the miniature painting bucket list.
As usual, comments and critisisms are welcome.

Posted by antipixi at 00:17 No comments:

I’m amazed, but I’ve reached 100 painted items of painted hobby stuff in 2018 (I’m counting scenery too). This is particularly amazing for me, as I normally only get about 30 to 40 done in a year!!!

antipixi
Dad, Teacher and Geek. This blog is my escapism from the stresses of life, one which I intend to give much time and attention to from now on!